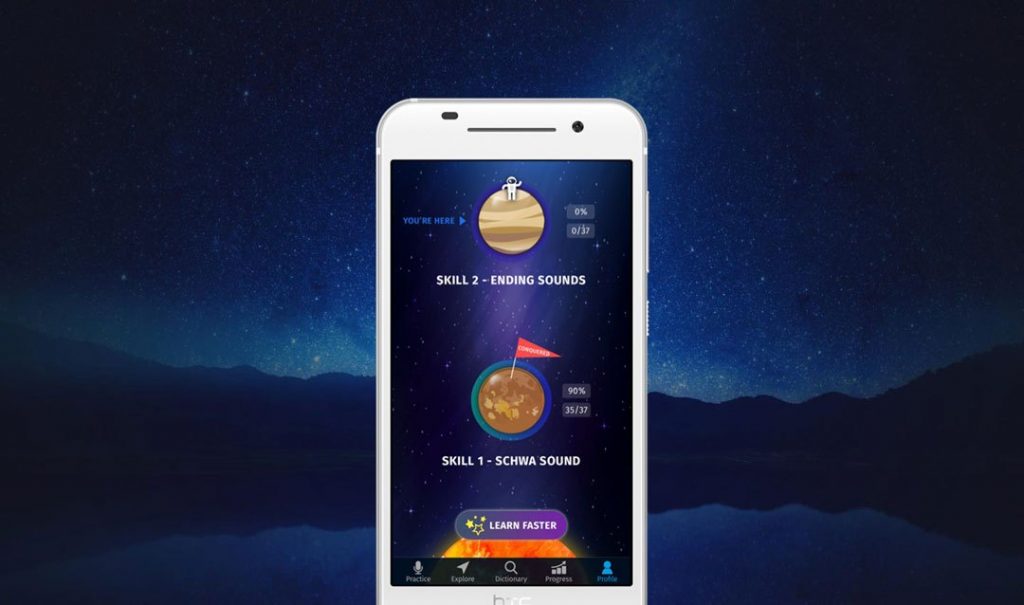 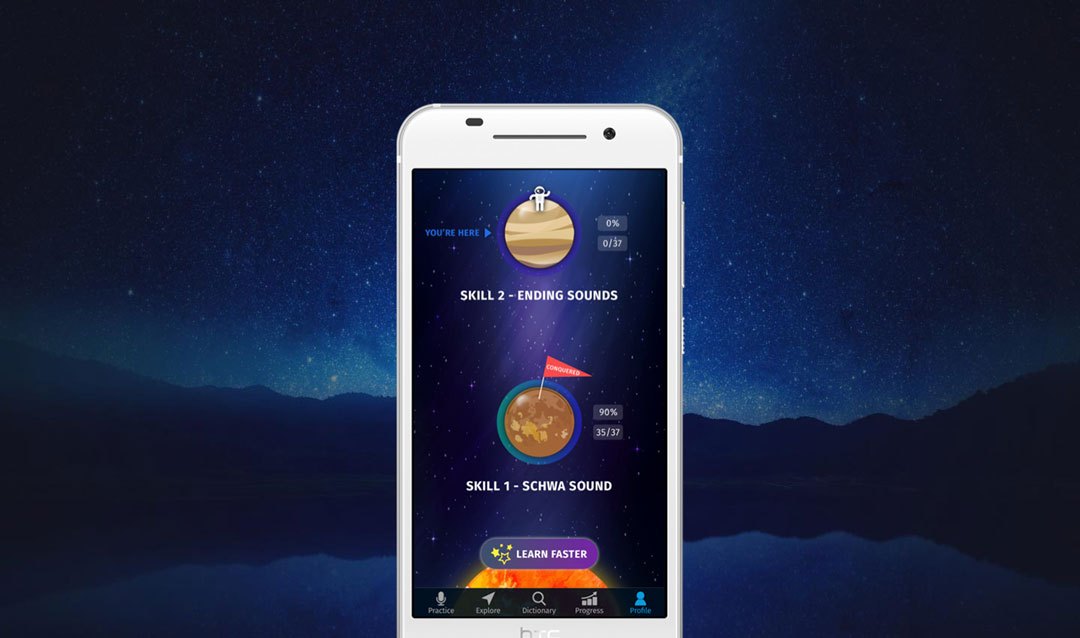 ELSA, an app whose name stands for “English Language Speech Assistant” (and not the popular Disney character!), has raised $3.2 million for its A.I.-assisted language learning platform that teaches people how to speak English. Unlike other courses that focus mainly on teaching grammar and vocabulary, ELSA uses artificial intelligence and speech recognition technology to help language learners with their pronunciation.

The $3.2 million pre-A round of funding was led by Monk’s Hill Ventures, a firm that invests in post-seed stage startups in Southeast Asia. Monk’s Hill founder and partner, Peng T. Ong, is joining ELSA’s board.

The San Francisco-based startup was originally founded in 2015 by Stanford grad Vu Van, ELSA CEO, and Dr. Xavier Anguera, whose background is in speech recognition and A.I. technologies. It debuted at SXSW in March 2016, where it later won the SXSWedu launch competition. According to Van, who was born and raised in Vietnam, the idea for ELSA was prompted by her personal experience in trying to learn English.

“I moved to the States for my MBA and Master’s in Education at Stanford,” she says. “My first year at Stanford was very challenging because of my ability to speak English. A lot of the time, people misunderstood me,” Van explains. 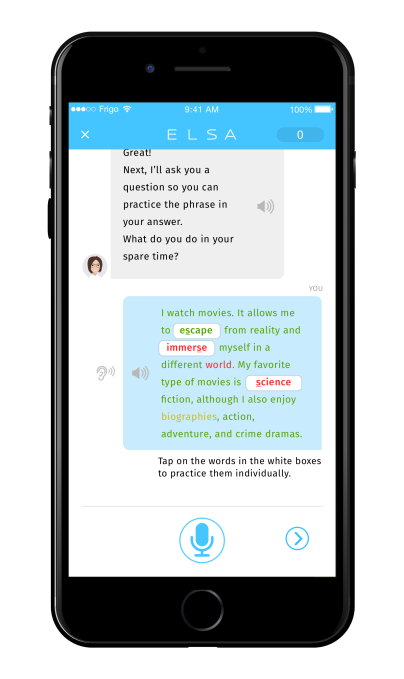 Although ELSA’s founder was able to write and read English fairly well, she wanted to find a good solution for improving her accent – and she came up short.

“I realized that people didn’t really have a lot of solutions…when it comes to speaking, they could either go to a speech therapist that costs them $150 an hour, who could listen to them and fix their pronunciation, or they could go to YouTube or watch Netflix, which is a one-way learning solution,” Van says.

She decided to develop ELSA as a result of her own struggles, bringing in co-founder Dr. Anguera to help create ELSA’s proprietary speech recognition technology.

To use ELSA, language learners download the app for iOS or Android, then take ELSA’s five-minute assessment test which identifies the user’s pronunciation proficiency and identifies where they still have challenges. This information is then used to build out a personalized curriculum, tailored to the user’s current abilities.

In ELSA, there are around 600 lessons and 3,000+ words across a variety of topics, like introductions, talking about family or relationships, jobs and hiring, traveling, and more. The app is also updated regularly with seasonal and timely topics, like lessons featuring the holidays, or even the new “Star Wars” movie, so learners can better participate in everyday communication.

The lessons themselves are bite-sized, at 2 minutes long. They have five exercises that get progressively harder, including pronunciations of words, phrases and sentences.

ELSA works by listening to learners’ voices, then matching up what they said with the correct American English pronunciation. The words on the screen are highlighted in red, yellow and green to show how well each the student did. The app will also help by making suggestions as to how the speaker can improve on a given sound – for example, by telling them how to shape their mouth or move their tongue.

Behind the scenes, ELSA is powered by A.I. technology, that listens to users’ speech – something the team built from scratch.

“The speech recognition technology out there is slightly different [from ELSA]. They try to guess what you’re saying, whether you’re saying it right or wrong. It’s obviously very forgiving to mistakes. What we want to do is the exact opposite,” Van explains.

Since its launch two years ago, ELSA has been adopted by a few million users in over 100 countries, with around half its user base in Southeast Asia, and the rest spread out elsewhere in the world, including in Latin America and Eastern Europe. Users are today practicing a few million exercises per week. 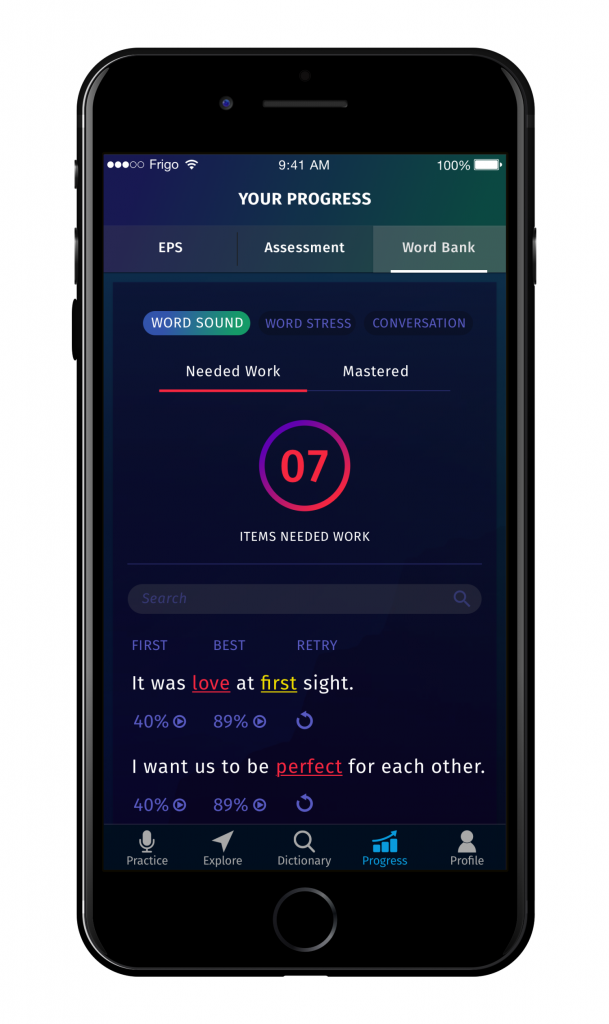 With the additional funding, ELSA is planning to address the requests from teachers who want to use the service in their classrooms by developing a tool that will let them enter words and phrases from own curriculum. It’s also going to begin the work of adding new languages to the platform, and it will build out its voice recognition API.

ELSA today generates revenue through subscriptions, priced at $3.99/month or $29.99/year. A quarterly option is available as well, though prices may vary by region. While the product for teachers will be affordable, it won’t be free – potentially offering another revenue stream.

The company will also use the funds to hire additional A.I. talent, says Vu.

ELSA’s app is a free download on iOS and Android. 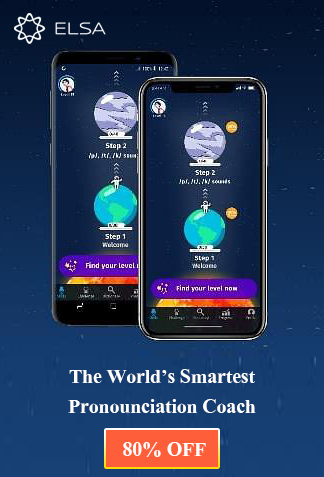